"I needed a mountain to rest my eyes against."

I am not a good car rider. As in the Harry Potter books, I often wish for a port key, some inanimate object I could grab onto and be transported to where I want to be. Since that is not an option, I am thankful to Google Maps and Subaru for getting us there and back again.

Since my last post, Steve and I have been over many rivers and through many woods, up and down many mountains by automobile and on foot. The jury is still out about whether I prefer it be my turn to drive or white-knuckling it in the passenger seat when Google Maps sends us straight down a winding mountain gravel road for miles and miles; however, in the end, I'm not convinced that navigating narrow mountain roads was any more treacherous than leaving North Carolina on a bumper to bumper I-40 in blinding rain and fog.

We are back in the nest, renewed, but road weary. I hope you enjoy a few shots from our stops along the way.

Seven Islands is a new Tennessee State Park, still under construction. We intend to visit again.

We overnighted in Abingdon before heading into the mountains. If ever you get the chance to visit, do so. I've seen lots of towns make an attempt at gentrification, but Abingdon has done it right. There are so many impeccably restored businesses and homes. I only include one shot of the historic Barter Theatre: the State Theatre of Virginia. A friend interned there one summer and I snapped the picture for her. 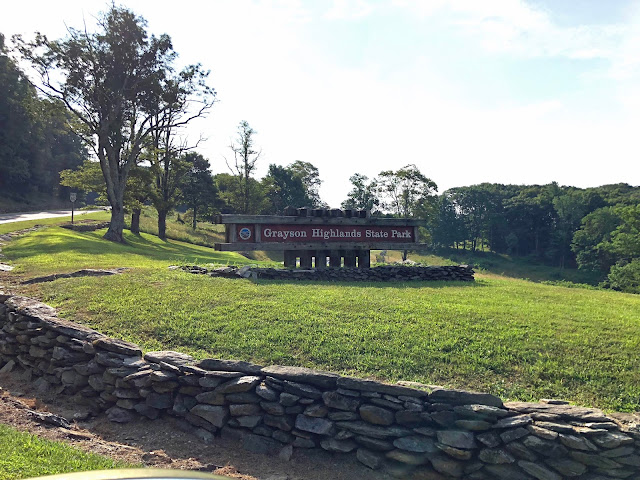 I found out about Grayson Highlands a year or so ago. I was absolutely intrigued by the fact that they have 100+ wild ponies living in the park. Wild ponies! Instantly, I was transported back to my 10yo self who read Marguerite Henry's 1947 Newbery Honor Book, Misty of Chincoteague. Someday I will go to Chincoteague on the Virginia coast, but for now, the Grayson Highland wild ponies provided quite the thrill. 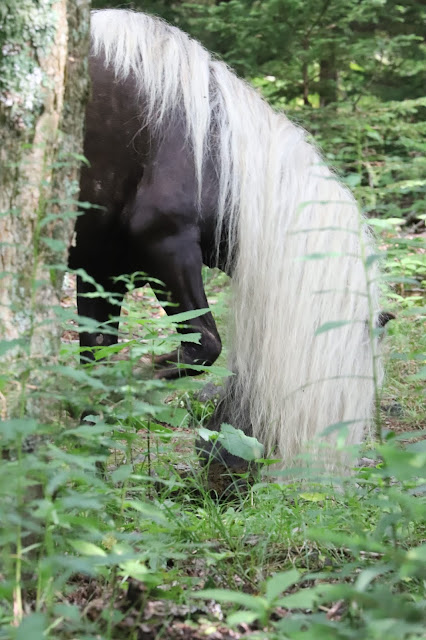 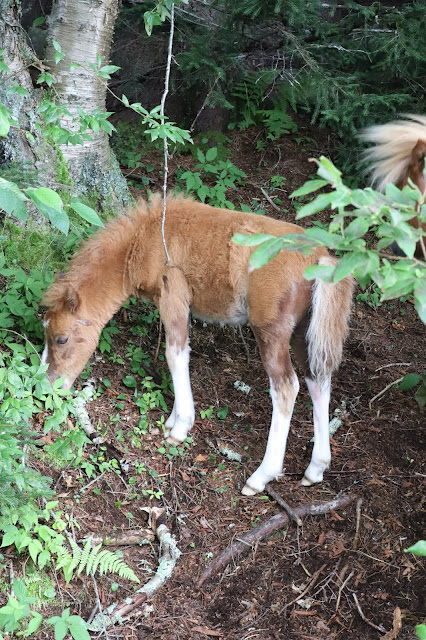 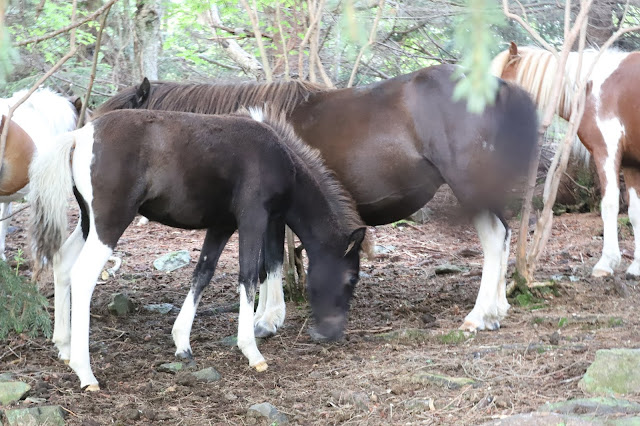 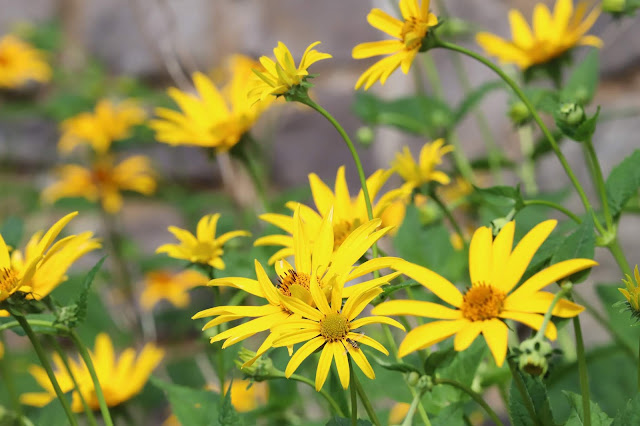 We also hiked four miles on the Appalachian Trail at GHSP, always a thrill. 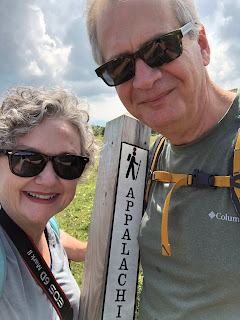 Our lunch spot, plus just one example of the breathtaking view. . . 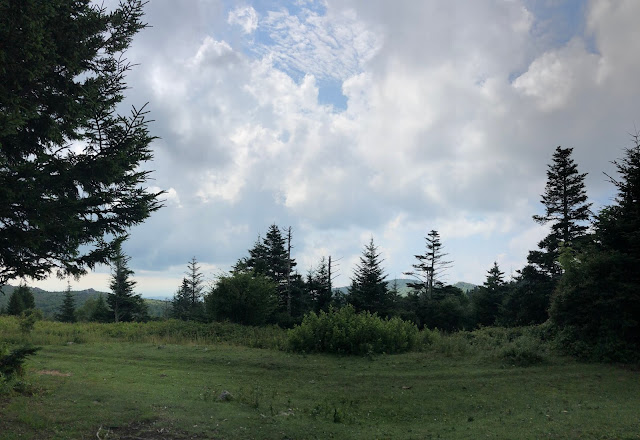 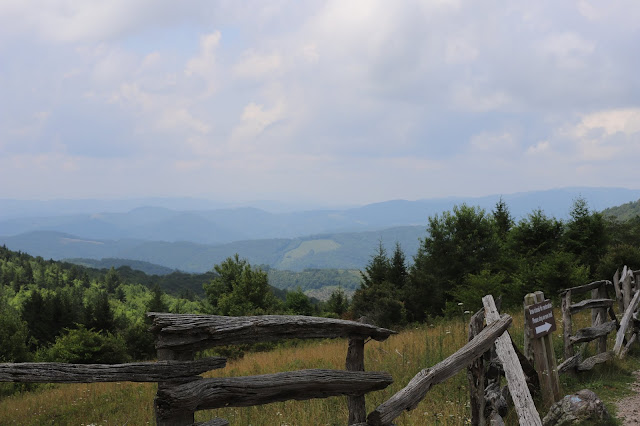 Carver's Gap is up the mountain beyond Roan Mountain State Park. Getting from one mountain in VA to another mountain on the TN/NC border was not an easy drive. It included some bits I like to refer to as goat paths, but we made it by late afternoon––just in time for the rain.

We hiked about a mile on the AT in the rain. I carried only my phone, but was able to snap a few fungi and rhododendron before we packed it in to head toward the Blue Ridge Parkway. 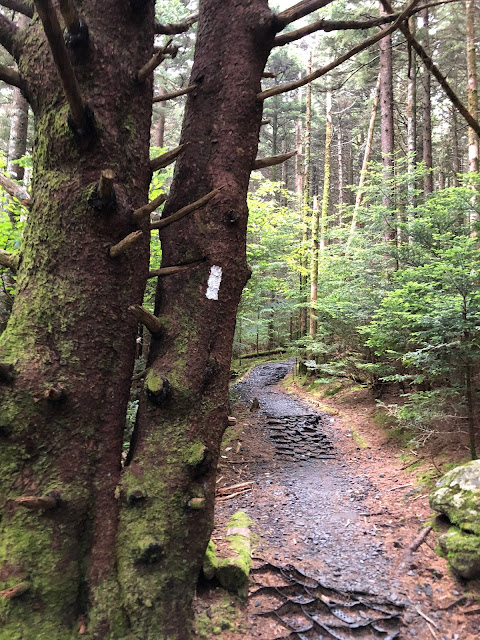 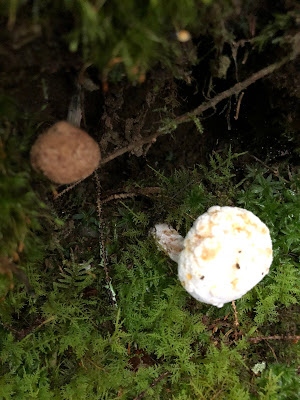 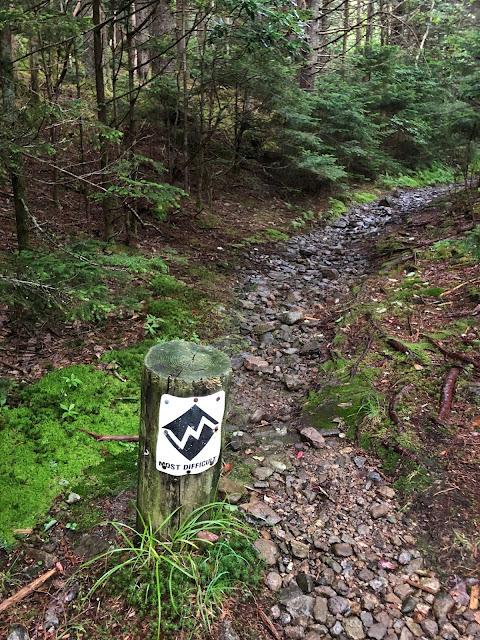 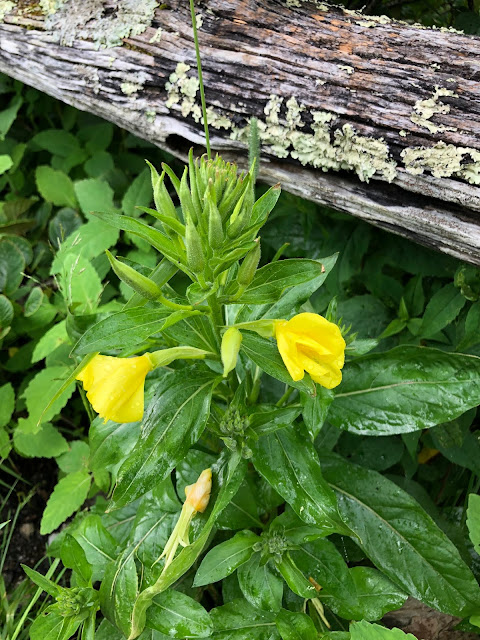 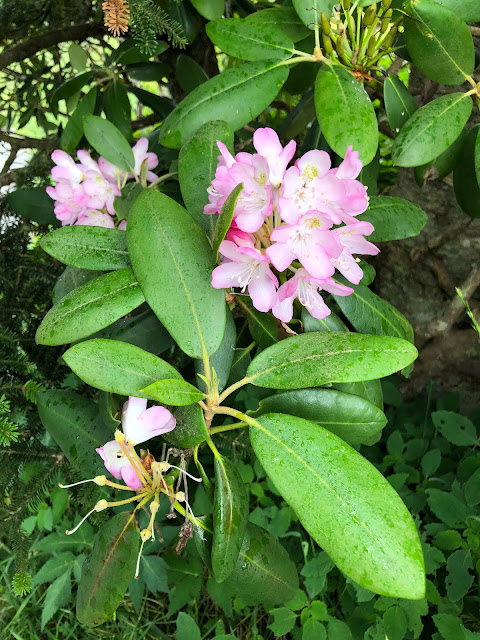 With all our trips to Asheville and up the Blue Ridge Parkway, we had never taken in Little Switzerland. We decided this would be the day; however, by the time we arrived, it was late in the day and pouring rain.

It did not fit my fairytale vision, but we didn't really give it a fair chance. Our hope is to return less tired and under better weather conditions, and to stay at one of the inns long enough to get a true sense of the area.

Asheville never disappoints. We love the food, strolling downtown, and no trip to Asheville would be complete without a visit to the Blue Ridge Parkway Visitor Center and the Folk Art Center.

Unfortunately, our favorite stop on this journey had to be ditched due to inclement weather. Of course, half the fun of Max Patch is the view, so it was an easy call to make. Since we couldn't make it up the mountain this trip, I'm sharing a favorite from July 2015.

Someone posted an image recently that read, "I brake for brown signs." I can relate. We are always looking for somewhere we've never seen before.

On our return trip, we jumped off the interstate headed for Cummins Falls. This park is an extremely popular day-use area established in 2011 by Governor Bill Haslam. It is a work in progress, but the trails are wide and clean. We hiked the downstream trail (which is definitely not an easy one) until the water was deep enough that I became fearful of an unintentional swim with my camera. At that point, we turned back and hiked upstream to the top of the falls for the view.

It's a beautiful spot, but without even a park office at present. I understand a visitor center is on the drawing board.

Since we were close, according to the brown signs, we decided to head over to Standing Stone. We now know there is no standing stone at the park nor has there ever been. The stone, a prehistoric Native American relic is located in Monterey, Tennessee. We plan to catch it on our next trip through the area.

However, at this beautiful secluded park with all the usual state park amentities, there is a massive stone drive-across dam that was a really cool thing to see. 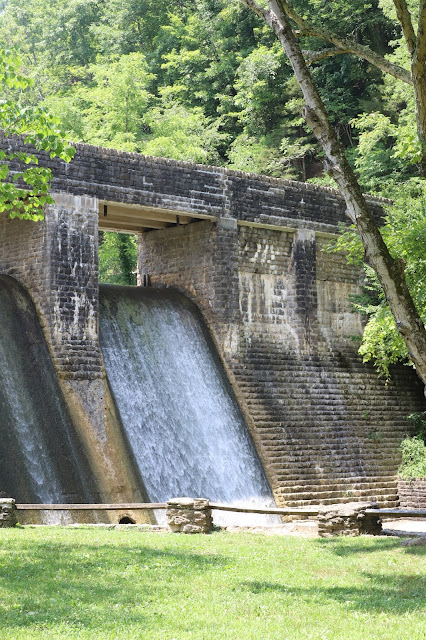 Well, that's it, our summer road trip in pictures. It's fun to have adventures, but can anything compare to returning home?

Until next time––be well, and take good care.

Email ThisBlogThis!Share to TwitterShare to FacebookShare to Pinterest
Labels: Hiking